van de Rijt and Plooij not only have they explained the periods of puzzling, difficult behavior in infancy which so worry parents, they have also shown how these behaviors mark developmental leaps and have described the stages in the infant’s understanding. What’s more, van de Rijt and Plooij have described the play and communication that work best with babies at different ages and thus helped parents understand and connect sensitively with their babies. This parent-child connection is the major prerequisite for the development of secure, well-adjusted children. The Wonder Weeks is essential reading for everyone who works with infants— pediatricians, social workers, psychologists, and, of course, parents.

As a developmental educator and infant massage instructor, I work with preterm and sick babies and their families. The Wonder Weeks book has been an enormous support for the parents I work with, as it confirms that the fussy periods are ‘normal’ and not the fault of the baby or themselves. We always correct the baby’s age to their 40 week due date when using the book; I have even added another fussy period to my chart before that, at around 34-37 weeks gestation when preterm babies are often fussy or very sleepy due to this active period of brain activity. Frequently the fussy periods before a developmental leap can be misinterpreted and the behaviour blamed unfairly on the infant such as the baby being spoilt or manipulating. The mother is often blamed too, with comments about not having enough breast milk or holding the baby too much all of which, in my 30 years of experience, is rarely true. The consequence of such poor advice can be devastating for both parent and baby leading to breast feeding being not trusted and stopped or babies being left to fuss at the very time that they need extra support. In…

I’ve got ‘The Wonder Weeks’ and refer to it constantly. It’s not just the odd day though, or even the odd group of days, its been every single day since he was born, he will go to other people once he knows them, but I still have to be in eye sight, and the sleeping thing is crazy, I can’t even nurse him off to sleep and then sneak out off the room, its like he feels the pressure change on the mattress and instantly wakes.

I highly recommend the book, ‘The Wonder Weeks’ as they all really do go through extra clingy phases when going through developmental changes. If I recall, around now give or take a couple weeks they go through a stage of separation anxiety as developmentally they’ve realized that you’re capable of moving away from them and that the distance between you is out of their control. I’d love to go into it more but I’m sneaking in some online time while feeding the monkey in between packing for holidays!…

Ask Moxie is a HUGE proponent of your book, that’s how most people probably learned of it. At least I did, almost 3 years ago and waited for it to be back in print. I LOVE it!…

We’ve found ‘THE’ must have gift for all parent’s to be! ‘The Wonder Weeks – How to stimulate your baby’s mental development and help them turn their 10 predictable, great, fussy phases into magical leaps forward’!…

The Wonder Weeks’ is a great book for new parents! It takes you step by step through the first two years of life and helps explain out those mysterious times in your child’s life where you think your fabulously well behaved child has suddenly become possessed… I can’t wait to get my hands on an updated copy of this book, because I think the insights will be invaluable in terms of being prepared and navigating the independence stage in a positive way!…

The Wonder Weeks – a look at cognitive growth in the first year – why might the baby be fussy, and what can parents do.

Terrible Twos’ a Misnomer, According to Research; Extended Edition of International Bestseller Released, Helps Parents Weather Emotional Storms. Research shows that the so-called ‘terrible twos’ don’t need to exist when it comes to child development. In fact, the behavior often associated with this stage – tantrums, moodiness, nagging and an affinity for the word ‘no’ – begins shortly after the first birthday. For parents, it is important to jump into action at this point so they can prevent the ‘two’s’ from becoming terrible and turn them into something tremendous. A child doesn’t need to act so ‘terrible,’ as long as you know what to do and, more important, why he is acting this way. By understanding these leaps you can make the transition into toddlerhood, and the subsequent stages including the ‘terrible two’s,’ into the ‘tremendous two’s’ and beyond. ‘Tremendous,’ says Dr. Plooij, ‘because it is with these leaps that a huge part of socialization is set for life. And tremendous: because good values and norms start now. If you invest in your toddler in this time, it will pay off for lifetime and especially in puberty.

van de Rijt and Plooij will help you see the world the way an infant sees it. As the child grows, displays of emotion (such as crying) tell us the child is summoning reserves of energy and is calling out for help in finding new ways to perceive the changing world. Because van de Rijt and Plooij have discovered predictable stages in the widening of the infant’s perceptions and skills, they can enable you, with their superb examples, to recognize the onset of these stressful episodes and to join your child in coping with them. So rich, indeed, are the implications of finding new perceptions and new skills in the midst of stress that whether or not you are a parent, it can never be too early or too late to profit from this book. 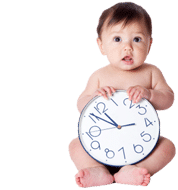 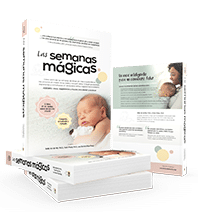